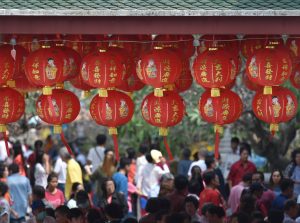 The business community kicked off the new year with Richmond-based aerospace firm MDA being awarded a contract as part of the largest military procurement in Canadian history, a new direct flight from Shenzhen, China and many activities to celebrate Chinese New Year.

Richmond-based aerospace firm MDA plans to hire 200 more workers across the country following Ottawa’s awarding of a navy contract that could be worth as much as $60 billion to Canada’s Combat Ship Team (CCST).
Richmond News • Feb 9

Robbox is a startup tech company with a line of digital robotic tools that feature innovations including proprietary micro-controllers, laser guides and digital motor systems designed to reduce unsafe and incorrect operation and to adapt to the user’s needs and habits.
BC Tech News • Feb 8

Hainan Airlines to launch Canada’s only non-stop flights to Shenzhen, from Vancouver

China’s Hainan Airlines plans to alter the routing of the Shenzhen-to-Vancouver flights that it launched in May 2018, and remove the stopover in Tianjin. The new routing will see planes fly non-stop between Vancouver and Shenzhen, starting January 28, and be the only non-stop flights between Canada and that Chinese city in Guangdong province, which borders Hong Kong.
Richmond News • Jan 21

Eating a healthier diet is often a popular New Year’s resolution. That was also Cathline James’ No.1 goal when she founded Wise Bites in North Richmond six years ago, for people including those caught in all sorts of post-resolution temptations. Wise Bites makes healthier, allergy-free snacks.
Richmond News • Jan 3