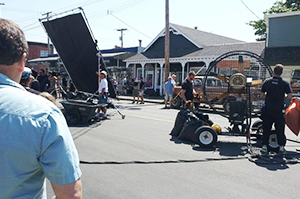 B.C., referred to as “Hollywood North” by those in the industry, is one of the top three international full-service film production centres in North America. Our facilities and workforce can support all aspects of the largest movie productions, from set construction and casting through to post-production and visual effects.

As the home of the Vancouver International Airport, Richmond is in the same time zone as Los Angeles and connects the region to the heart of North America’s entertainment industry with over 80, 2.5-hour flights per week. Diverse and unique location options, as well as a dedicated Richmond Film Office, help the city capture a significant share of regional productions. 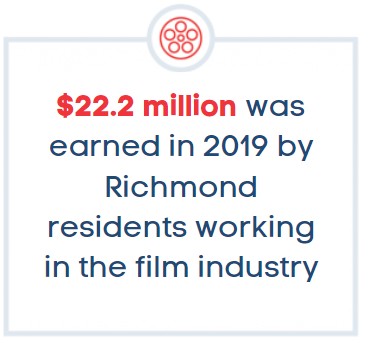 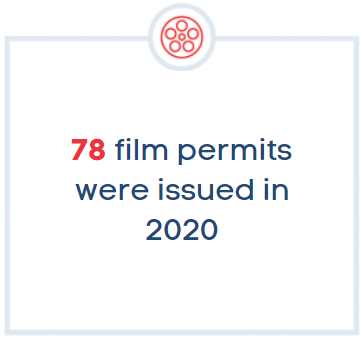 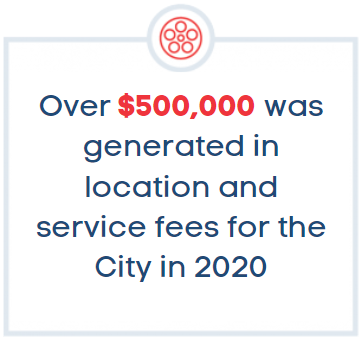 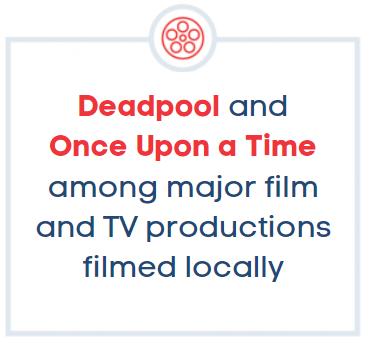 B.C. film industry bounces back stronger than before COVID-19 pandemic

The Metro Vancouver region has all the necessary business and talent capacity to support large-scale film productions. Contact Creative BC to get connected to local studios, location scouts, post-production facilities and other business supports.

Occupations in the film industry range from producer and director to the behind-the-scenes technical jobs such as set designer and camera operator, and visual effects professional. Contact the Directors Guild of Canada and the film and television production union IATSE to learn about current job opportunities.

To search a database of grants, loans and financing programs relating to the film & video industry available from the Federal Government, visit the Canadian Heritage website. Government assistance is also available at the Provincial level to support film-making, with an increased focus in digital media production to help position the B.C. film, television and digital media industry for promising new markets. Tax credit programs and other financial assistance funds available to individuals and organizations in this industry are outlined below.

Production Service Tax Credit (PSTC) is available at a rate of 28% of the qualified Canadian labour expenditures incurred in an accredited production. This credit is available to domestic and international companies, with an additional 16% tax credit available for labour related to digital animation, visual effects and post-production.

Canadian Film or Video Production Tax Credit (CPTC) is available at a rate of 25 % of the qualified labour expenditure of an eligible production. To be eligible for the CPTC, the applicant must be a Canadian-owned, taxable corporation that is primarily in the business of Canadian film or video production.

National Film Board of Canada provides technical services and support in the form of technical assistance and special production initiatives.

Canada Media Fund (CMF) is a not-for-profit corporation that delivers $353 million in funding annually to support the Canadian television and digital media industries through two streams of funding.

Passport to Markets provides financial support to B.C. film and television companies so that they can attend international markets, and co-production conferences/exchanges. This fund helps offset travel, accommodation, and registration expenses.

The Project Development Fund provides “market triggered” development financing to B.C. owned and controlled production companies for individual projects. Applications are evaluated on a first come/first served basis, and funding is available until the budget for the program is expended. A non-recoupable advance, matching up to 50% of the eligible triggering agent commitment is available.

Interactive Fund supports the production of high quality, original, interactive digital media content owned and controlled by B.C. companies or individuals. The funding is a non-recoupable advance of up to $50,000 and does not require matching funding or market support to trigger eligibility.

The Canada Council for the Arts provides research, creation, production and dissemination support to artists, organizations, groups and independent collectives in film, video, new media and audio. Grants, Endowments and Prizes are available for artists and art organizations.

Your one-stop shop for all film inquiries within the city. Staff can assist with location scouting, facilitating permits, location rentals, policing, street use, and other City services.