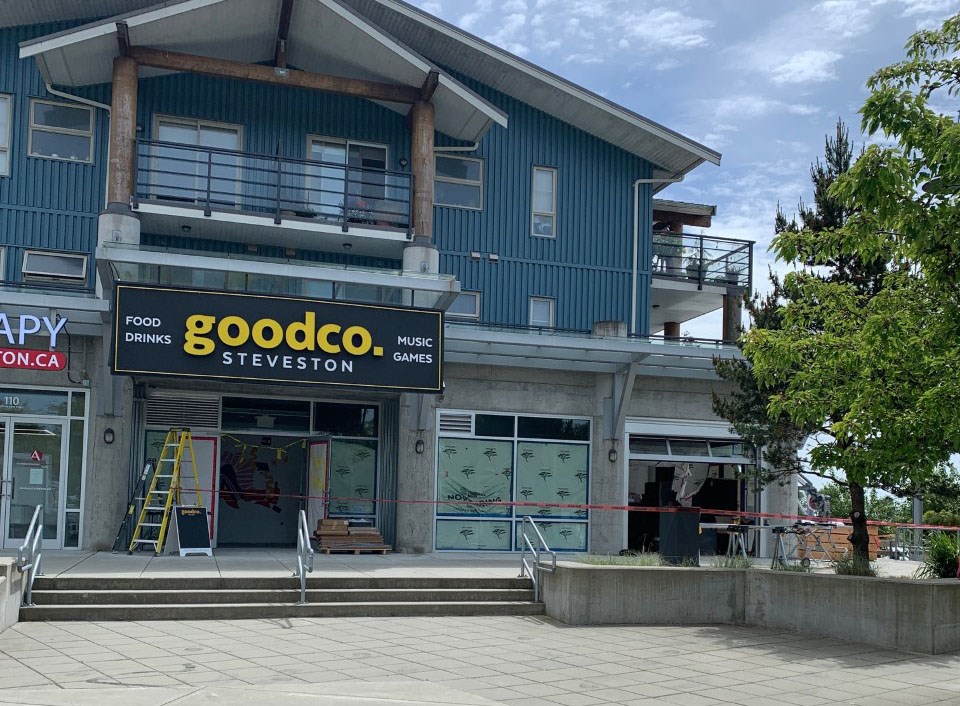 The new GoodCo. bar and restaurant – a rebrand of Colony Bars – is now open on Imperial Landing in Richmond. Eve Edmonds photo

Professional skills training is helping as many as 45 people become industrial sewing machine operators in the Lower Mainland.

On Aug 5, YVR welcomed its 10 millionth passenger through the terminal in 2022. Sunday, August 21 is set to be the airport’s busiest day since March 2020

TransLink has announced a $130 million investment into upgrading local infrastructure throughout Metro Vancouver for 2022. Of the 107 projects announced, nine will be in Richmond.

Funds are donated to the Richmond Hospital Foundation’s Trio of Life campaign, which helps provide the hospital with new diagnostic equipment

Richmondites can enjoy garlic dishes and ice cream along with live music and a raptor demonstration at the Sharing Farm.

B.C.’s Sierra Wireless agrees to $1.2-billion takeover by Semtech at US$31 a share

The new GoodCo. bar in Steveston is finally opening today, after much anticipation.

YVR welcomes The Dirty Apron to its domestic terminal

Local favourite, The Dirty Apron, opens in YVR’s domestic terminal for both diners and travellers looking for signature and gourmet eats on the go

A new investment of $2 million will support the development and growth of British Columbia’s co-operative businesses, while expanding services for people who use them.

The new facility (“Coho Crestwood“) includes commissary, grocery, and food hall premises to support Coho’s expansion in the region and is expected to open by Spring 2023.

As a part of the StrongerBC Economic Plan and the next step in B.C.’s Trade Diversification Strategy, the Province has signed an action plan with Gyeonggi Province in South Korea.

B.C.’s Minister of Jobs, Economic Recovery and Innovation paid a visit to Richmond on Tuesday morning to announce a support package for small businesses in the province.