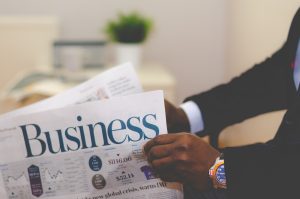 Business continues to soar in Richmond with YVR being named North America’s best airport, businesses continue to expand into international markets and creative industries like filming are growing. Learn more below.

Filmed in Richmond, the first season of AMC’s “The Terror” thrived on excellent storytelling, all the way down to the detail of its treacherous surroundings.
Indie Wire • April 8

Vancouver International Airport (YVR) won the honour of being named North America’s best airport, and the 17th best airport in the world at the Skytrax World Airport Awards, which were held March 27 in London, England.
Business in Vancouver News • March 27

Herbaland, a Richmond-based nutritional gummy producer, is entering the Chinese market by partnering with a subsidiary of Alibaba.
Richmond News • March 17

Green Inspiration, Mitchell Island-based company committed to recycling clothes, announced last week that it has made all its collection bins across the Lower Mainland safer in order to prevent those trying to enter them being trapped.
Richmond News • March 12

This annual competition recognizes excellence in Canadian owned and managed companies and has selected Great Little Box Company as one of the companies to be recognized for this coveted award.
Western Grocer • March 7